What do Montgomery County high school divers Mason Williams and Samantha Vear have in common with Batman and Robin, Abbott and Costello – and even – ketchup and mustard? They form a dynamic duo. 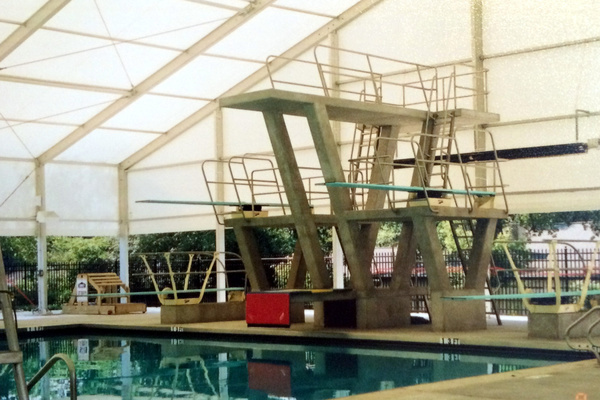 What do Montgomery County high school divers Mason Williams and Samantha Vear have in common with Batman and Robin, Abbott and Costello — and even — ketchup and mustard? They form a dynamic duo.

Williams and Vear are seasoned members of the Conroe Diving Club, with a combined 12 years of experience in the sport between them. Their winning attitudes and numerous contributions to the CDC never cease to amaze founder and head coach Bill Travis.

Travis said that the “very, very talented” Williams is “a great teammate and great role model for the younger divers [in the program],” as well as a “hard worker.”

“For a 17-year-old, he is doing some of the hardest dives in competition right now at the junior level in the United States,” Travis told Texas Scorecard.

Williams “has the ability to spin and twist very fast,” the coach said. As of this writing, he is preparing for the 2019 Diving Junior National Championships in Knoxville, Tenn. next month.

Travis said that Williams has taught him that “all kids are individuals.”

“You can coach technique the same to everybody, but you have to learn the person as an individual,” explained the coach. “You have to find out what their strengths are, what their weaknesses are, and in doing that with kids that are at the top of their game like Mason is, it helps me work with the [younger kids] and help them succeed.”

A diving veteran for 51 years, Travis expects Williams to make the 2020 Olympic trials.

Committed to Florida State University and a 2020 Olympic trials qualifier, Vear won a national championship last year as a member of the CDC.

“[She’s] one of the top female athletes in the country,” said Travis.

Like Williams, Vear will be a senior. She attended Oak Ridge High for two years before enrolling in home-schooling in order to concentrate more on diving.

“She’s one of the best female athletes I’ve ever worked with,” said Travis.

Vear’s prowess on the springboard is buoyed by her experience as a gymnast.

In Williams and Vear, Travis has pair of role models for the club’s junior members.

“All the little kids get to see Samantha and Mason work out every single day,” he said. “They come in and see what they’re able to accomplish. I’m hoping — which it has in the past — there will be like a trickle-down effect in that they see Mason and Sam and they say, ‘Wow, I want to be like them.’ She and Mason are huge assets to the program.”