Despite rising appraisal values, the city of Victoria is raising tax rates on its citizens rather than adopting the “no-new-revenue tax rate.”

One South Texas city has foregone lowering taxes and is instead taking more money from its hardworking citizens.

The Victoria City Council made the unanimous decision Tuesday to raise the city property tax rate, a move that will increase the city’s budget by nearly $750,000.

Rather than adopting the effective tax rate—the rate at which the city would take in the same amount of money as the year prior—of 59.6 cents per $100 of appraised property value, the elected officials on the council decided to bring in an additional 2.6 percent in revenue, adopting a rate increasing the amount of taxes it will take from Victorians to 61 cents on each $100 valuation.

The move not only raises the rate, but it comes at a time when appraisals have continued to rise within the city limits, over 4.5 percent in just this fiscal year. When home values increase and the city raises their tax rate, taxpayers get hit with a double-whammy of higher taxes.

In a Facebook post, city officials cited this tax increase was needed to reduce potholes in the city.

“Won’t hold my breath,” one resident commented. “I’m embarrassed for people to come to Victoria to visit. Sorry guys, we have one of the highest tax rates around and some of the crappiest streets. Go figure.”

Rather than finding a place in the budget to cut spending to prioritize transportation funding, city officials resorted to forcing homeowners to pay more in burdensome property taxes.

Will the city council’s decision set a new precedent of cash-grabbing for their small city budget? Thankfully, despite what the city council may want, new state law will reduce the amount of cash they can freely take.

Newly passed Senate Bill 2 will require them—and all city and county governments—to ask voters for permission any time they want to raise taxes more than 3.5 percent in a year (current law allows them to take up to 8 percent without asking.) Unfortunately, SB 2 does not take effect until next year.

This will be the first time in four years the council chooses to implement a higher tax rate rather than the effective tax rate. Cities across Texas, like Victoria, are raising rates and hammering taxpayers with more property taxes amid rising appraisal values, with few exceptions.

This article has been updated to reflect a correction made since its initial publication. Chad is a native of Victoria, Texas. After working in the private sector and in the Texas Capitol, Chad dedicated himself to making a contribution in the conservative movement in Texas. Hobbies include playing video games, watching movies, cooking a good steak, and going out to the shooting range. County commissioners are raising county property taxes as much as legally possible while avoiding a potential rollback election where citizens could vote on the increase. 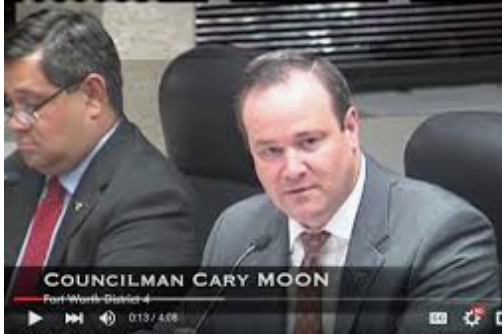 Fort Worth Councilman: “No” to Higher Property Tax Bills

Councilman Cary Moon says he’s a “no” vote on what would amount to a 5 percent property tax increase on the average homeowner. Proposed property tax rate would result in property tax bills that are 30 percent than they were just six years ago.