Despite the cries of the editorial boards, the Texas GOP must charge on with the platform laid out in Houston. There has been a tremendous hue and cry regarding the Texas GOP’s new platform. Numerous publications across Texas and the U.S. have condemned the state GOP because of its support for a referendum on Texas secession and its skepticism around President Biden’s legitimacy.

“Texas GOP holds on to ‘the big lie,’” NPR wrote in a sub-header referencing the Third Reich. “Texas GOP platform embraces extreme conservative views, experts say,” Dallas’ WFAA declared in a headline, implying that the GOP’s platform is cooky and suggesting that experts somehow have an objective test to determine which views are mainstream.

“Texas GOP’s platform is usually nutty. This year, it’s offensive and conspiratorial, too,” the headline of an editorial in the Fort Worth Star-Telegram expressed, explicitly stating what WFAA had only deigned to imply.

This media clamor regarding the Texas GOP’s platform is shallow and misses the point. The Texas Republican Party is taking an energetic and refreshing approach to state politics. The party is speaking in the common vernacular, eschewing politically correct dogma, and moving closer to the topics that are on Texans’ minds.

The tone taken by NPR et al. is the tone of the Washington elites in 1829. The perfumed, pearl-clutching, D.C. establishment was so offended by the earthiness of the muddy-booted, beer-drinking antics of (then) newly elected President Andrew Jackson that they failed to comprehend the power of his populist revolution.

Overcome with disgust for Jackson’s disregard for D.C. etiquette, the various lords and ladies of the D.C. “swamp” were paralyzed while Jackson ran political circles around them by connecting with the common man.

While Jackson and his presidency are gone, history appears to be repeating itself—or at least rhyming—with regards to the media’s opposition to the new Texas GOP platform. The major news outlets, staffed by big-city journalists replete with graduate degrees in medieval queer philosophy and feminist dance therapy, seem unable to comprehend the political shift occurring among regular people in Texas.

One would think media attitudes would have changed after Mayra Flores won the special election in South Texas. Flores’ campaign primarily emphasized her opposition to illegal immigration and abortion, her support of family values, and her proclamation of faith in Christianity. Flores won the race for Texas’ 34th by 2,000 votes and flipped a seat that had never been held by Republicans. Flores was not politically correct, and her outspoken defense of American jobs and the unborn—issues that matter to everyday Texans but are hanging offenses in many establishment circles—helped her secure a major political upset.

While it is not perfect, there is a potency in the Texas GOP’s new platform. Aside from the 2020 election and the secession issues (which are almost passing references in a 50-page document), the party’s platform is a marvelous mosaic of issues close to the heart of regular Texans.

Section 69 of the platform defends the rights of businesses against coercive COVID mandates. Section 90 calls for the abolition of the state’s high property taxes. Sections 101-108 are dedicated to the rights of parents and religious schools. Section 259 lays out an eight-point plan for securing the southern border. Section 265 demands a re-examination of our trade relationship with China, while the right to life is woven into more places in the document than can be counted. These platform planks (as well as many others) are spot-on.

Texas is in the balance. Democrats have been gunning to capture the Lone Star State for years. The Texas GOP cannot afford to be the organizational equivalent of Eric Cantor, an ostensibly conservative, aging establishment relic that deteriorates into a state of indifference toward the views of its constituents. Although Cantor did not serve in Texas, the former House Majority Leader eventually got walloped by an opponent whose views more closely resembled those in the current Texas GOP platform.

Texas Republicans should heed the warning of Eric Cantor and remember the victory Mayra Flores just delivered on the border. Despite the cries of the editorial boards, the Texas GOP must charge on with the platform laid out in Houston—because the 2022 Texas GOP platform is a winning platform. 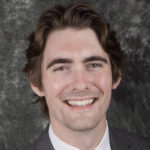