States Join Texas to Fight Back Against EPA’s Regulation

As it turns out, the Cross-State Air Pollution rule’s devastating effects will extend beyond my hometown of Fairfield and the borders of Texas. On September 22nd, seven state’s attorneys general joined together to file an official petition for review of the Environmental Protection Agency (EPA)’s Cross-State Air Pollution rule. It’s reassuring to see that State Attorney Generals have noticed the consequences of this rule that will affect so many working families in Texas and elsewhere. The other filing states include Nebraska, Alabama, Florida, Oklahoma, South Carolina, and Virginia. Clearly this is a significant issue and the EPA must no longer snub the growing number of state and local government officials’ demands for a review of the rule. 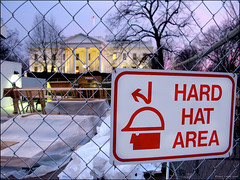 The Dallas Morning News recently published an op-ed by David Campbell, President of Luminant. Mr. Campbell represents the 4,400 Luminant employees in Texas whose jobs have been threatened as a result of the Cross-State Air Pollution rule. My father is one of the employees whose position Mr. Campbell is fighting to keep. Luminant must reduce sulfur dioxide emissions by 64 percent in the next 3 months in order to comply with the regulation. In order to comply with the rule, the company will lose two power generating units, or 1,300 megawatts of power. Not long ago, Texans, along with many Americans, suffered through an unbearably hot summer. Luminant employees worked around the clock to avoid massive blackouts. Luminant customers cannot afford to lose 1,300 megawatts of power. As a result of the shut downs, Luminant will be forced to cut 500 jobs, in areas where employment remains scarce. Why would we put the jobs of so many necessary employees on the chopping block when we need them the most? It seems like the EPA should be more thorough in seeking data related to the capacity losses and cost increases during record breaking summers and frigid winters like many parts of the Lone Star state have been facing in the past year.

As Campbell pointed out, this is not simply a case of “industry vs. EPA.” What concerns me, and directly affects my family, is the disproportionate negative effect this rule will have on Texans. Texas was a late addition to the EPA’s rule, yet Texas is still required to comply with the rule by Jan. 1, only six months from the date it was issued. My professors don’t ask students to write a 30-page thesis a week before the semester ends. It takes time to research the topic, make the outline, disseminate the research, convey the findings, and determine the conclusion. It’s not something than can be completed late in the game, as the EPA has asked of Texas energy companies. An agency as large as the EPA should understand the time and resources required to make these drastic changes.

There may be a light at the end of the tunnel. I was encouraged to hear that the EPA is now working with Texas toward a resolution or hopefully at least some compromise. I hope and trust that the new found attention to the high cost of the rule, amplified by the State Attorneys General petition, will lead the EPA and the state government to make the right decision to protect hard-working Texans. The economy of Texas, and the livelihood of thousands of Texans, my family included, lies in their hands.