Through investigative journalism and community activism, Thomas Warren says that he simply wants to see “Amarillo cleaned up.”

When the 2016 presidential election drew national attention to “fake news” and the “D.C. swamp,” a young man in Amarillo was taking on his own city’s entrenched media and local swamp. 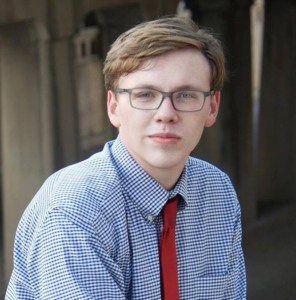 “Every other news source in Amarillo is beholden to some special interest group or government entity,” said Thomas Warren III, co-founder and Editor-in-Chief of the Amarillo Pioneer. “From the moment I first started this newspaper, I knew that I wanted to see a news source actually hold government accountable, instead of serving as an accomplice to the misdeeds of those who hold power.”

Warren and his father started the Amarillo Pioneer, an independent online newspaper, in 2016 when Warren was just 17 years old. Their hope was to utilize investigative journalism to equip residents with reliable, truthful information that they felt was lacking in their city.

What started off as a small online publication with about 30 readers has grown into a competitive and well-regarded news source that has dwarfed Amarillo’s primary for-profit newspaper in terms of readership. According to Warren, the Amarillo Pioneer has over 15,000 readers daily and is on track to increase its readership by seven or eight times by the end of the year.

Since its inception, he says the Amarillo Pioneer has exposed unethical behavior in multiple government departments, including a multimillion-dollar operating deficit in Potter County.

And as one might expect, exposing ugly truths is often met with pushback.

“I have received more threats than you could ever believe,” he notes. “While it does create some occasional heartburn, I feel passionate about what I am doing because if someone is not standing up and holding government accountable, then nobody will.”

He discusses how it is often difficult to demand answers from local officials and write unflattering articles about candidates he supports. “But it is necessary to ensure that voters have the right information when they go to vote,” he says. “That is just part of the job.”

Warren’s engagement in the political happenings of Amarillo extends beyond text. His interest in local government and political activism began in 2014, when he recalls the city council proposing a controversial pet tax that was “unaffordable for many in the community and has led to a larger shelter intake and more animals dying on the streets.” The city was also in the midst of a real estate debacle that led to an FBI probe into the Amarillo Economic Development Corporation. As a result, he decided to get involved in city elections that year, helping with several campaigns and encouraging friends to engage too.

Warren later became the youngest person in the state to intern for a statewide Republican candidate as well as the youngest in Amarillo to be appointed to a municipal board.

Whether it be through writing, block walking, or simply attending local government meetings, Warren says, “I believe that we, as citizens, have to do our part to hold government accountable. Government is not above the law and we have to make sure that citizens hold the power. Government can only be restrained by those who are informed and engaged.”

When not volunteering, campaigning, or exposing political debacles, Warren is studying at Amarillo College, with plans to transfer to West Texas A&M University in the spring to seek a B.A. in Public Administration. He also enjoys “taking in an occasional country music concert.”