“I’m not a politician. I am a Christian, conservative family man, [and] citizen.” 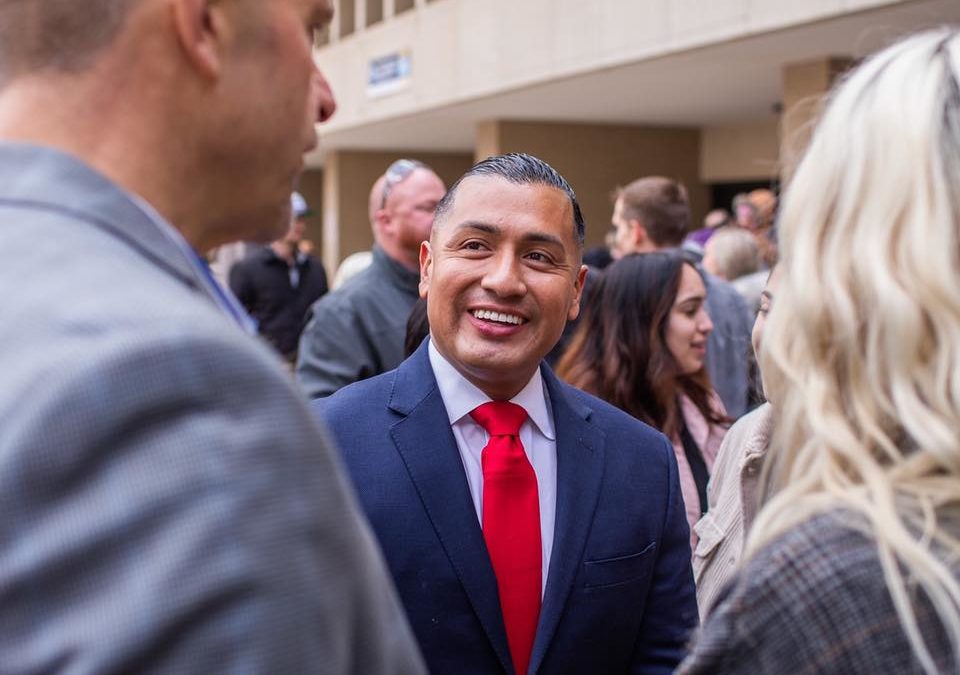 As the Fort Worth May election ramps up, mayoral candidate Steve Penate speaks to citizens about who he is and where he stands on citizen issues like rising crime, human trafficking, property taxes, and Panther Island.

In late February, Penate sat down with Texas Scorecard for an exclusive interview to answer questions about citizen issues. This publication does not endorse candidates and has offered interview opportunities to the Brian Byrd, Mattie Parker, and Deborah Peoples campaigns. All have yet to respond.

Born in Los Angeles, California, Penate is a real estate broker in Fort Worth and one of the founding pastors of Mercy Culture church, located off I-35W.

“I’m not a politician. I am a Christian, conservative family man, [and] citizen,” he said. “I am a U.S. citizen, a birthright that was given to me, fought [for] by so many people in the best country, which is the United States of America. And I stand on that freedom, and I proudly say I’m so thankful.”

Being a founding Christian pastor in a world where the mainstream media regularly assaults Christianity and Christian values, Penate said he expects to be attacked.

Penate said part of the reason he is running is “to fight for our conservative values to not only remain, but to thrive in a culture where many have felt exhausted trying to fight for them.”

But what of the debate of whether Christians should be involved in politics at all?

“One of the things that people have to understand is that one of the ways we love our neighbors, from a government perspective, is being able to respect the freedoms we have here in America, the freedoms that so many have fought for,” he said, adding the threat of taking freedoms away is “not from Christians, it’s from politicians.”

Fort Worth Councilman Cary Moon reported in 2020 the city saw a 58 percent increase in homicides from the prior year, adding it was “the worst in 25 years.”

Penate was asked for his plan to address this.

“I want to go on the record [saying] this: I vow to back the blue,” he replied. “One of the reasons why is because we need to make safety a priority here in Fort Worth, Texas.”

“We’re seeing many with liberal ideas and ideologies coming with the thought process of defunding the exact same sector that defends us, that protects us,” he continued. “I believe common sense is lost when you want to defund the very thing that keeps us safe.”

Penate also acknowledged the need for accountability and transparency for police.

“I’m Hispanic,” he said. “I was born and raised in a predominantly Hispanic community; and, yes, I have seen the overreach of police officers. As a matter of fact, I have friends that have had very hard experiences with police officers.”

But he emphasized a few bad actors doesn’t mean the entire department is bad, and he believes “the heart of the Fort Worth Police Department truly is for the people.”

His solution is to create “a culture of mutual respect” in the city.

“It’s very easy to throw judgment at a cop who is in the line of fire in that moment [and] has one second to make a decision, with so many outcomes in front of him, so many things he or she is unaware of in that moment. It’s very easy to judge an action,” Penate continued. “In the multitude of counsel, there’s wisdom. We have to create a culture of mutual respect, and one of the best ways to do that is by listening to one another.”

At the time of this interview, Gov. Greg Abbott had yet to open Texas more and end his statewide mask mandate.

When asked about when Fort Worth should be fully reopened with zero mandates, Penate was adamant.

“I will work with whoever I have to work [with] to open Fort Worth back up,” he replied. “I believe in personal responsibilities, and businesses should be able to take the decision they feel best for their business [and] their employees and do as they want to.”

“One of the things we saw is that these mandates, these shutdowns, these lockdowns hurt far more people,” he continued. Penate recalled speaking with an elderly woman who said, “I’m over all this. I feel depressed being so alone.”

“I am all for safety, of course,” he added. “Everybody wants to be healthy … but I also believe in personal freedoms. I also believe that adults should be responsible for their own health and what they feel is best for them. We have to open Fort Worth back up and get back to business.”

Data from the Tarrant Appraisal District shows that since 2013, the city’s average property tax bill for homeowners has skyrocketed more than 46 percent, from $835 to $1,223. What will Penate do about this?

“Fort Worth competes for some of the highest property taxes in America. I’m all about competition, but that’s the wrong competition to be in,” he replied. “Every single week, we encounter so many families whose American dream to be a homeowner is crushed because property taxes are so high here in Fort Worth, Texas.”

Starting May 1, I am going to work with the council I have to work with to lead the fight to lower property taxes here in Fort Worth, Texas.

A 2019 poll found 88 percent of Texans oppose taxpayer-funded lobbying, the practice of local governments using taxpayer dollars to fight against citizen interests in the Texas Legislature.

Banning the practice has been a legislative priority of the Republican Party of Texas for the past few years, and in March 2020, nearly 95 percent of Republican primary voters in Texas supported a proposition to call for ending the practice completely.

Where does Penate stand on this?

A nationwide study of major cities by the citizen organization Truth in Accounting found Fort Worth went into the Chinese coronavirus situation in poor financial health and would need an additional $9,400 per-taxpayer to pay off all its debts.

“One of the easiest things to do is to spend other people’s money. You know why? Because you didn’t work for it,” Penate replied when asked about this. “I promise—and it’s a promise—to be a mayor that holds what we do with taxpayer money accountable. We need accountability, we need transparency, and we need to govern with integrity.”

Mercy Culture has a ministry called The Justice Reform, which focuses on combatting human trafficking. Penate shared his thoughts on the crisis.

“If you want to talk about real pandemics, this is one of them. And it happens right in our backyard, here in Fort Worth, Texas,” he said. “One of the honors that a mayor has is influence. Put this on the record: I am going to use that seat of influence to fight human trafficking with everything I have.”

Early voting for the May 1 election runs from April 19 through April 27. Citizens can see all the candidates running for Fort Worth mayor and city council by going to the city secretary’s election website.