This week brought about some surprisingly meaningful changes to a rural broadband bill that will take a crucial step in advancing constitutional pornographic regulations.

“Pornography currently stands as an enabler to both human trafficking and the sexual exploitation of mostly women throughout our state. For customers to have access to this material, provided by taxpayer-funded broadband service, they should be required to opt in, not opt out, of such access.”

Two years ago, Schilling argued this was the first step needed to address this cancerous toxin that is destroying the lives of many Texans.

This debate also brought to light that the internet industry does not want consumers to know that they have the ability—and are even willing to mislead lawmakers as to their ability—to filter pornography.

State Rep. Trent Ashby (R–Lufkin) stated that “stakeholders” had implied that they aren’t even really able to do this, referring to applying a default filter on the internet for pornography that would need to be lifted by the user upon request.

If that is the case, why are other providers currently doing this?

Soon, Great Britain’s four major ISPs self-regulated. One of the larger ISPs, Sky Broadband, has been the most aggressive in implementing an opt-in system, setting up a ratings system that provides differently filtered versions of the Internet with a default pornography-free setting of 13+. 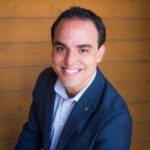