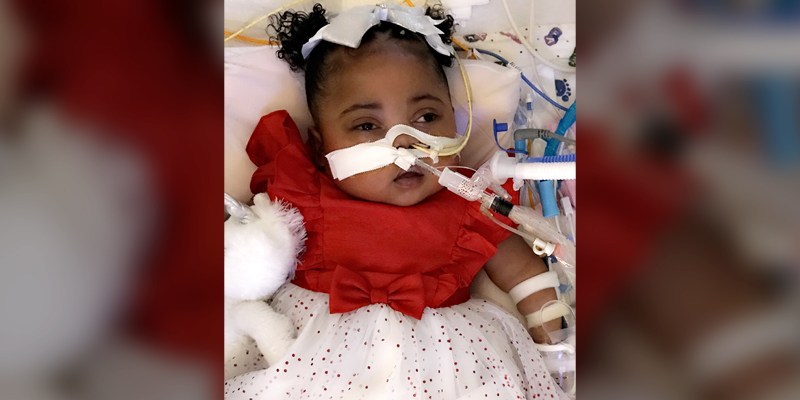 Despite a hospital arguing she was dying, baby Tinslee Lewis has lived 248 days since North Texas Judge Alex Kim signed a temporary restraining order that saved the 17-month-old from being killed by the hospital. Now, the fight continues to allow another doctor to provide Tinslee with medical care—and will be heard by the very judge it’s alleged led the fight to punish Kim for saving Lewis.

Nonprofit Texas Right to Life (TxRtL) describes the 10-day rule as “the number of calendar days a vulnerable patient or her surrogate is given once a hospital committee declines to continue providing life-sustaining treatment to a patient, contrary to the patient’s expressed will and medical decisions.” In short, TxRtL says this law allows a hospital committee to end “life-sustaining care” even if the patient—or his or her surrogate—objects.

On November 10, 2019, Tarrant County District Judge Kim signed a temporary restraining order sought by TxRtL for Lewis—stopping Cook Children’s from ending her life. However, on February 20, 2020, the district judges of Tarrant County voted to remove all Child Protective Services cases from Kim’s court—a move sources allege was done as a retaliation for Kim’s decision to save Lewis and was led by 48th District Court Judge David Evans.

On Tuesday, TxRtL filed a motion asking Dr. Glenn Green, a University of Michigan otolaryngology professor, to be allowed to perform a tracheotomy. Both Green and Dr. Patrick Roughneen—based in Galveston, Texas—evaluated Lewis’ case and disagreed with Cook Children’s evaluation.  Both doctors concurred Lewis’ problems “may be attributable to underlying airway issues which are often treatable.”

In a written statement published by TxRtL, Dr. Roughneen said:

Judge Evans—who is the Local Administrative Judge—will be hearing the case.

Earlier this year, Gov. Greg Abbott and Texas Attorney General Ken Paxton released a joint statement, promising continued “support” in exhausting “all legal options to ensure that Tinslee is given every chance at life.” The statement says the attorney general’s office will be “supporting an appeal of this case to the Second Court of Appeals” and all the way to the Texas Supreme Court “if necessary.”

Shortly after the statement was released, attorney Joe Nixon, who represented Lewis at the time, was asked if Abbott and Paxton have done all legally possible to save Lewis’ life.

“The governor can call a special session and ask the legislature to repeal the statute,” Nixon replied.

“We’re all in danger here if this law stays in place,” he said.