At the end of the first called session of the 83rd Texas Legislature, Texas Democrats demonstrated Tuesday night and Wednesday morning what those of us who are not burdened with self-enforced ignorance have always known about the Left: The Rule of Law and all other devices of a civil society are to be ignored when it benefits the Left’s agenda, and inversely to be clung to and venerated when such conventions can be used to advance their radical agenda.

Meanwhile, Republican senators stood around and allowed Democrats, to play them for naïve fools. GOP leaders, including Senator Robert Duncan, Lt. Gov. Dewhurst and others, let Democrats abuse the rules in points of order and parliamentary inquiries, all to run out the clock on bills before the body.

While Democrat senators stood in solidarity with the mob of leftists issuing forth deafening and disruptive screams from the gallery, Republican leaders refused to recognize that their Democrat colleagues were defecating on the Rules of the Senate and other forms of civility right in front of them and continued on as if all were behaving in accordance with the rules, in good faith, and within the spirit of Senate tradition. 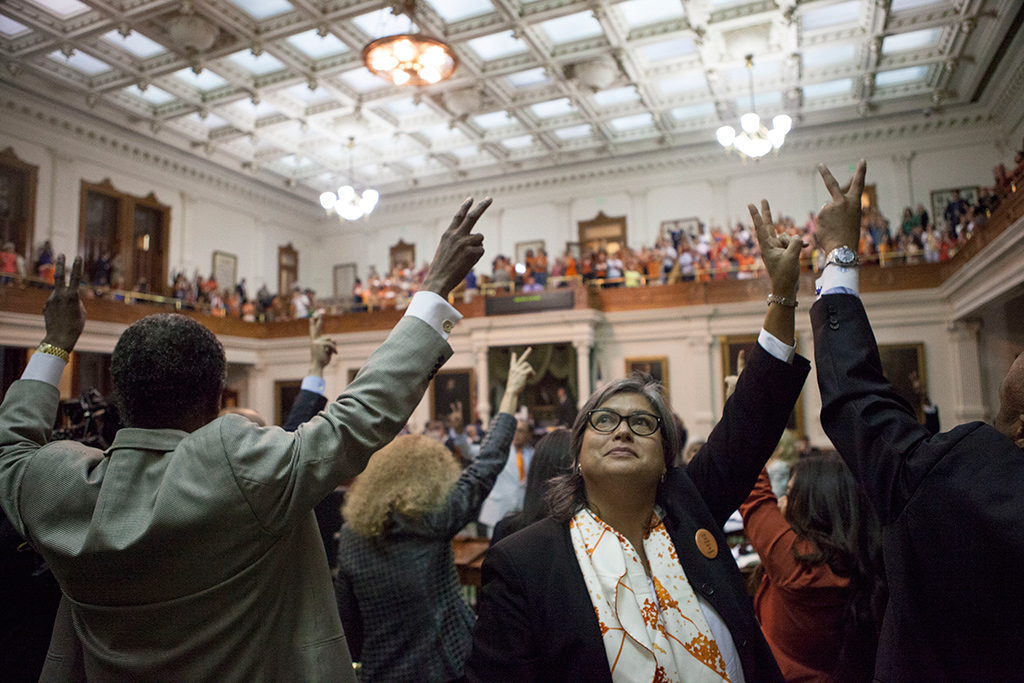 From the Texas Tribune’s slideshow on the SB5 debate debacle.

What Republicans looked like, including Senator Duncan as he presided, were fools – fools of the worst type who refuse to recognize that opponents are breaking the rules while then using them to bludgeon Republicans. It was disgusting to see GOP leadership in the Senate take seriously ridiculous point of order after point of order to run out the clock while at the same time watching the Democrats encourage the mob behavior which shut down our constitutional business.

Until process and moderate Republicans fix their ignorance of what the Left is about, we’ll continue to lose our Liberty and the Rule of Law step by ugly step.