How many breakfast tacos does it take to raise test scores? That’s a question parents should be asking Elgin Middle School administrators. They’ve been siphoning funds designated for educational expenses in order to feed themselves and their staff, while the district sues the state for more money. 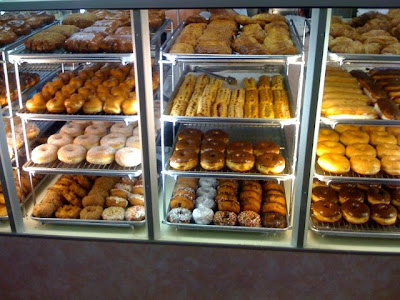 An open records request exposed Elgin Middle School Principal Riza Cooper spent over $10,000 on breakfast tacos, doughnuts, barbecue lunches and other meals for her staff, despite the funds coming from an account designated for educational expenses.

Cooper spent the money out of the “MS Miscellaneous Account” which is supported by concession stand revenues, campus fundraisers, and door-to-door fundraising campaigns by students. District policy regarding the account states that the money is “for the benefit of the students and shall be related to the educational purpose.”

The most appalling expense paid for out of the account by Cooper was $2,840 for catered holiday staff parties, at least one of which featured the services of a $250 disc jockey.

Even more appalling is the fact that district officials are defending Cooper’s frivolous spending. EISD Assistant Superintendent of Business Kreis Alyea said there was nothing improper about the way the money had been spent and even went on to reconcile the food purchases with the district’s policy for the account, arguing that a happy staff would help students in the long-run.

Even EISD Superintendent Bill Graves said the district had investigated the matter and deemed that the funds were used appropriately.

Not surprisingly, Elgin ISD is also a member of the Texas Taxpayer Student Fairness Coalition – a group of school districts currently suing the state, claiming more money is needed to prevent a drop in the quality of education. Ironic, given EISD spends less than 37% of their total funds on instruction.

Hundreds of dollars were also spent on gift cards for the staff, which were not reported on staff W-2 forms. The Texas Education Agency considers gifts of over $25 additional income for taxation matters.

Of course the district had an excuse for that blunder too. Apparently they have no record of who received the cards.

EISD parent Brandi Watson summed up the story saying, “Spending money like that is just frivolous. There is no reason for it. It needs to benefit the students.”